The Raleigh Underground: An Epic Era Sealed Beneath Cameron Village

When I sat down on Saturday to write about the Village Subway, I had no idea the kind of magic I was tapping into. Nor did I ever imagine that less than a week later, I’d be invited to venture down into this urban exploration paradise – to bring you new pictures, WRAL news coverage, and a definitive collection of images, videos, and quotes from the people who spent their youths Underground.

When I first heard about the mysterious underground mall, lying dormant beneath the bustling streets of Cameron Village, I dreamed of going down there. I scoured through the few articles that described it, hunted down pictures, and searched for stories, trying to piece together a snapshot of what remained in this ancient wonderland from another era in Raleigh history.

The Village Subway is alive again. You want to explore the legend of this incredible place? Start here.

Since Saturday, hundreds of people have reached out, trying to do the same.

People want to go down there. People want the Village Subway to return. Dozens of documentarians and entrepreneurs and urban explorers want to know more. There is even a Facebook group dedicated to sharing memories of the Pier. I wanted to learn more. That’s why I wrote the initial piece.

Magic seems to be the keyword to describe the Underground. I wrote this piece on Saturday, and by Thursday I found myself transported underground, to explore this piece of history for myself. I was walking through the legendary Village Subway, touching those yellow walls I thought were forever beyond my reach. Forever beyond Raleigh’s reach.

Until the population of Raleigh stepped in, two hundred fifty thousand readers strong, and brought the Underground back into the light.

Make no mistake, readers and Raleigh-ites, you have revived the Village Subway.

Through your comments, the Bear’s Den, the Pier, the Frog and Nightgown, the old Arcade – these places live again! The younger generation is all-ears, hungry for information, stories, and pictures.

The generation who danced and grooved in the Subway, well, you’ve reminded everyone about this amazing piece of music history with your personal tales and memories! Thank you for your comments and pictures, videos and stories! Thank you for a response that was so strong, it got local media invested in the story.

WRAL covering the story is just the beginning. Now we have York Properties’ attention. You want to explore those yellow-walled catacombs, touch those iconic poster paintings? Keep the media involved. Keep sharing your stories. We can make a call for a documentary! For more professional photographers to go take historic images! Some people are even calling for a Kickstarter campaign to raise money to bring it back. Who’s to say it wouldn’t work?

After all, I never dreamed I’d actually end up walking through the Village Subway. Or hearing all these incredible stories about the Bear’s Den, the Pier, and the Frog and Nightgown. In a way, I feel like I’ve been there. I hope after reading and exploring this slice of a long ago era, you’ll feel the same way.

Enjoy our compilation of photos and quotes sent in by readers. Experience the Village Subway for yourself.

The Underground as it appears today 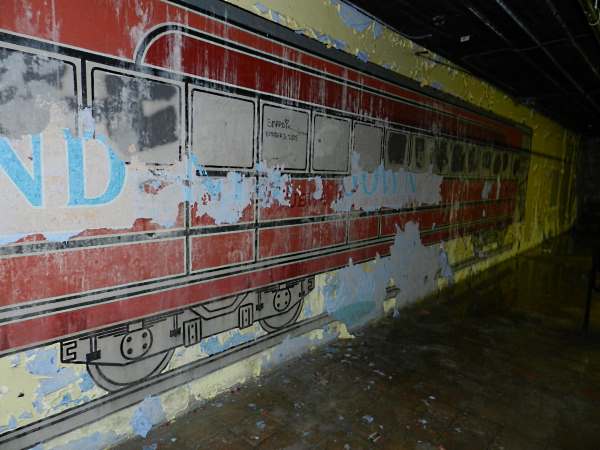 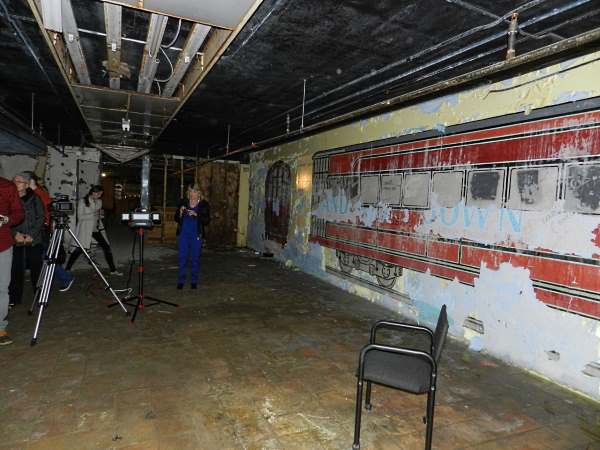 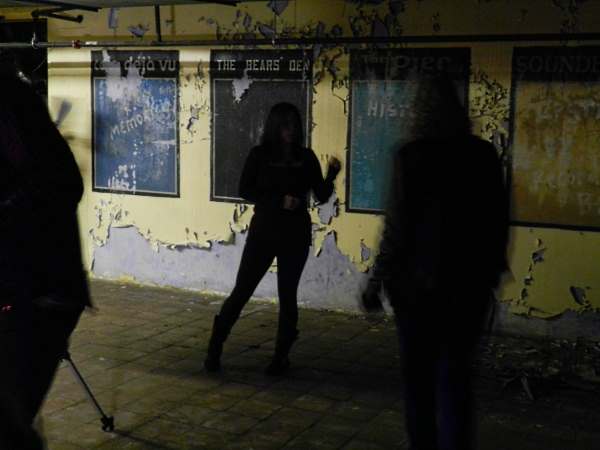 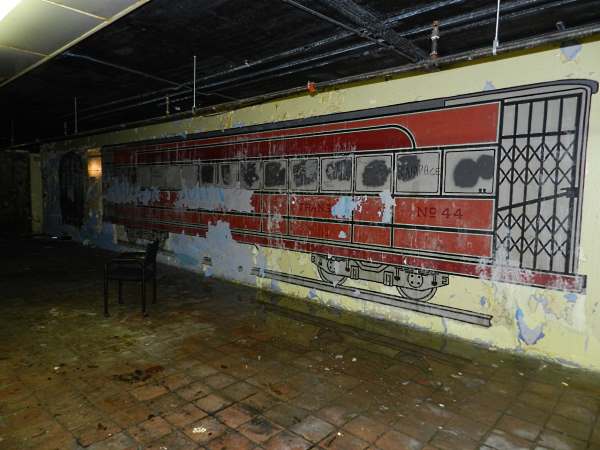 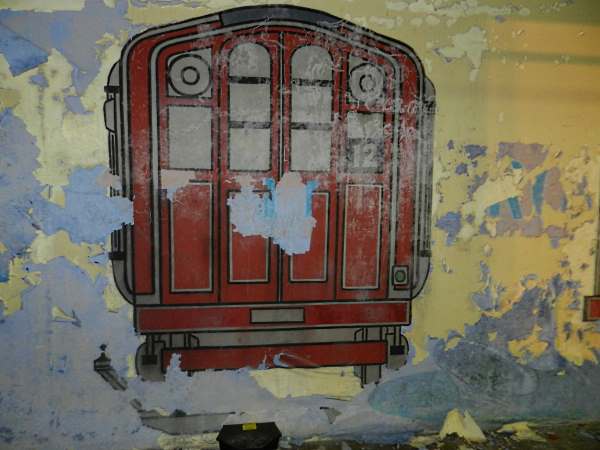 This place, decades old and abandoned beneath our city, has come back into the light. It’s brought people together who hadn’t seen each other in years, finding each other in the comments section of Candid Slice.

RELATED: Raleigh Underground: An Abandoned Mall Beneath Our Feet.

This place, the Village Subway, the Raleigh Underground, it brought people together in the 70’s, and even hollowed out and un-used, it continues to hold some magical spark even today. You want more? I say we kickstart it back to life.

The Pier, Bear’s Den, The Frog and Nightgown, Elliot’s Nest, and Cafe DeJa Vu were sensational live music venues of Raleigh during the 70s and early 80s. The Raleigh Underground or the Village Subway, was also home to commercial stores and an arcade.

The Underground’s lasting legacy is the imprint it left on those fortunate enough to have experienced it first hand.

The Raleigh Underground is also credited with having a significant impact in kick starting many notable bands, along with playing a leading role in launching the punk era on to America’s mainstream music scene.

Notable Pictures from a Remarkable Era 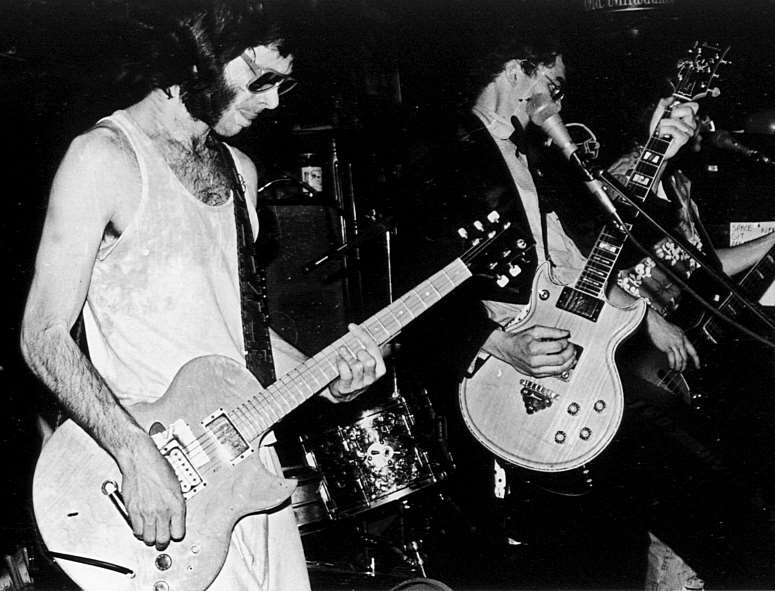 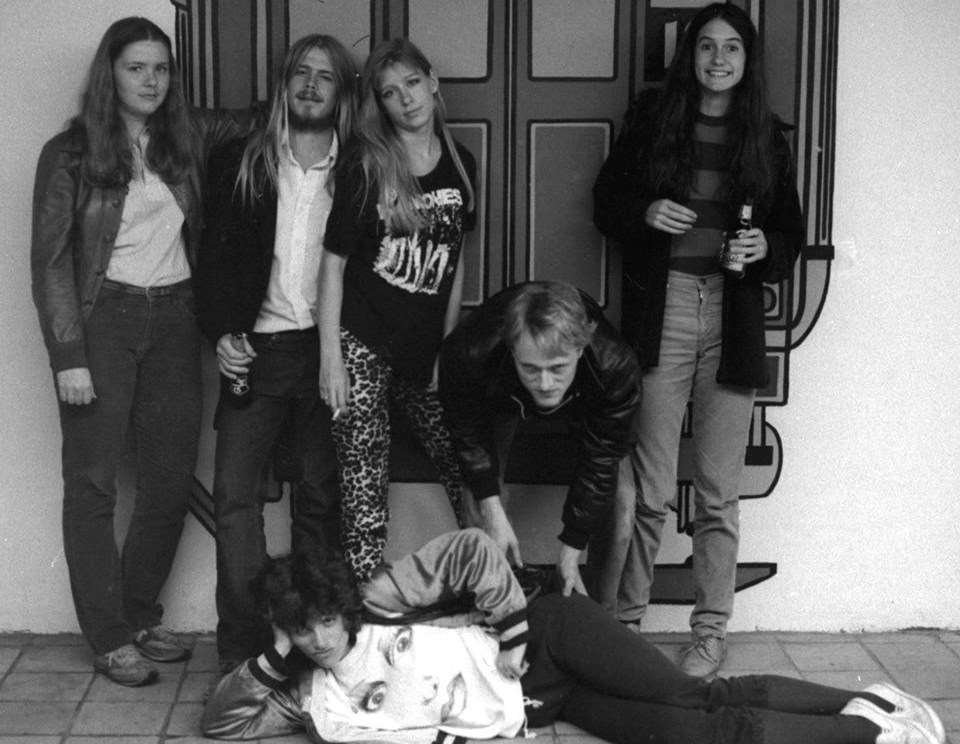 Next up, Kim Cartner, Alex Erickson, Nana Smith, Marek Bireline (leaning over) and Janelle Simmons (now Oconnor). On the floor is Ms. Debra “Knob” DeMilo of the Fabulous Knobs.

They would sell their “rag” at the local shows, sometimes walking around with white canes with red tips in imitation of sight-impaired folks, knocking people obnoxiously on the leg to get their attention. Great times!

Great memories in print. Shout out to “Design by Raiter” and his tribute to Bob Raiter, who designed and printed dozens of flyers for Th’ Cigaretz, Raleigh’s original punk sensation, in the late 1970s. Included is an R.E.M print, advertising their Pier appearance. That October, R.E.M again appeared at the Pier, where their entire performance was captured live , as was this great performance by Arrogance.

Our readers who were lucky enough to dance, work, and play beneath Raleigh at clubs like the Pier, the Bear’s Den, Cafe Deja Vu, Elliot’s Nest. and the Frog and Nightgown, have painted a picture of the rich and magical history of the time:

From Mark Darden we got an insider’s perspective:

My previous article on the Raleigh Underground generated hundreds of comments, but judging from the popularity of this subject, I’m sure there are many more stories to be shared. I’d love to hear from some of you who remember the Raleigh Underground or the Village Subway, or who have pictures from back in the day, so please keep commenting and sending in your pictures! Who knows, if this article is as popular as the first one, I may do a reboot part 3 on the Underground! 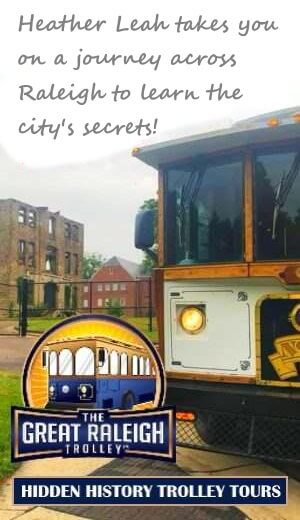 Legend of the Seneca Guns: Mysterious Booms Across East Coast

The Last Shell Station: Remnants Of Another Era In Winston-Salem

I explore abandoned buildings, forgotten baseball fields and theme parks, underground tunnels, and the hidden history right under your nose.